Business Encourages Government and BNB to Hurry Up with ERM2 Application

Cohesion policy is the most important instrument of the European Union for economic, regional cohesion and sustainable development and inclusive growth. It is also the basis for supporting and developing services of general interest. Around 70 representatives of European employers’ organizations took part in the international conference “Services of general interest – an engine for sustainable development and growth in Europe”. The event, which is part of the program of the Bulgarian Presidency of the EU Council, is co-organized by BICA, the CEEP and the International Coordinating Council of Employers’ Unions (ICCEU). BICA is a member of both organizations, enabling it to participate directly in decision-making that affects business climate in Europe and the world.

“Services of general interest determine directly both the standard of living and the business environment and are an essential element of competitiveness. We are concerned about the EC’s highly conservative proposal, which represents a reduction of 150 billion euros for the seven-year period. More than ever, European citizens need certainty and the mobilization of important investments for European businesses and the strengthening of the European economy as a whole depend on the timely adoption of the Multiannual Financial Framework. I believe that we all have to unite and work for a balanced financial policy that puts emphasis on investments to increase the competitiveness of enterprises and to increase the qualified workforce, “said the chairman of BICA Vasil Velev.

“I also want to highlight the fact that Europe today needs the impetus of cohesion policies, from the enlargement of the Eurozone towards all those who want to join it and from the establishment of the area enclosed by a single external border. Bulgaria declares its will and willingness to be accepted in ERM II on the basis of the macroeconomic conditions. The efforts of the government and social partners to lighten the business in which BICB is an active participant have delivered a serious result, including towards improved collection in the revenue side of the budget. Efforts are also being made to more effectively manage state-owned companies, with BICB continuing to insist that minority bundles be offered on the stock exchange to improve corporate governance, enhance transparency and disclosure. Today, Bulgaria fulfills all the numerical criteria for entry into the eurozone on a sustainable basis – we have a positive budget balance, among the first three countries we are in the EU with the lowest government debt / GDP, we exceed the criteria for low inflation and long-term interest rates. Our national currency is fixed to the euro since its occurrence without changing the exchange rate. The business in Bulgaria is convinced that joining the eurozone would strengthen it, not weaken it. We are convinced of the benefits of Bulgaria’s accession to the euro area for our country as well as for the EU. That is why we encourage our Government and the BNB to apply without delay to ERM2,” stressed Mr. Velev.

Mr. Velev also noted our other national goals – Schengen and OECD. He also drew attention to another fundamental and very important policy document, the European Social Rights Pillar, endorsed at the end of 2017: “BICA supported the Pillar as a guide to effective employment and social outcomes in responding to current and future challenges that are directly geared to meeting the basic needs of people, and to ensuring better enforcement and enforcement of social rights. 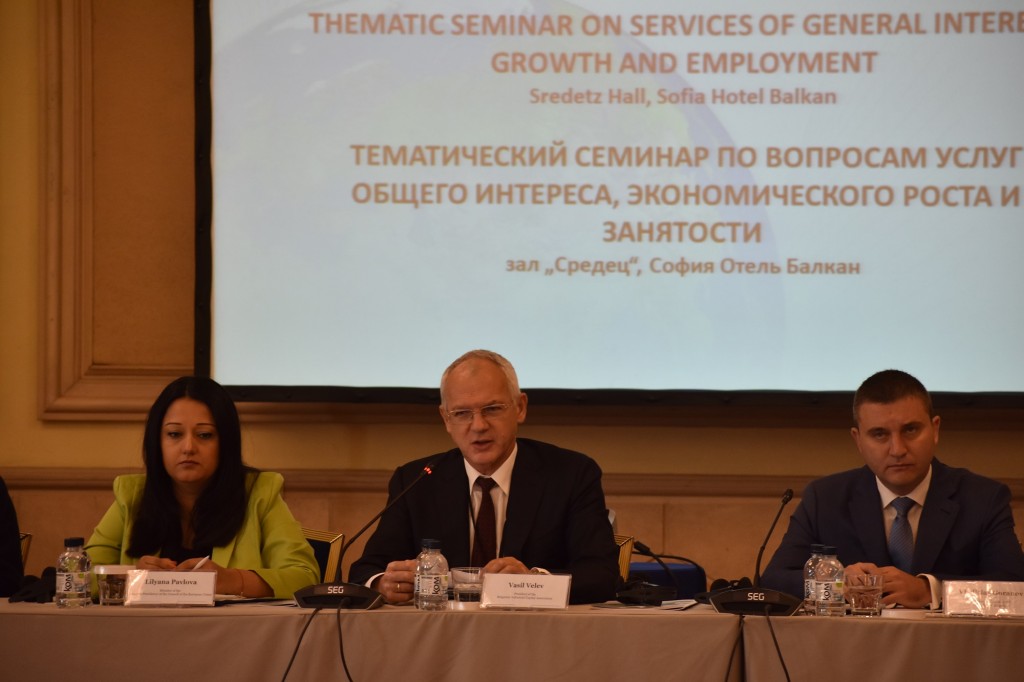 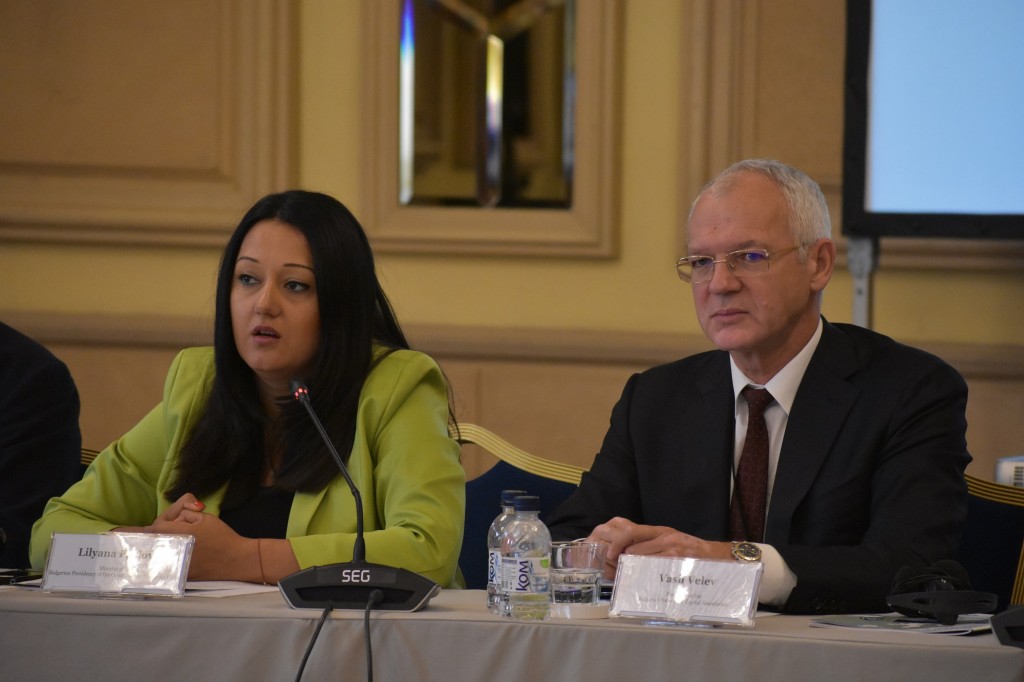 We have made specific recommendations to the Bulgarian Government, which are also valid for our European partners. Europe faces a huge imbalance between demand and supply of labor. We believe it is very important to integrate into the labor market the people who are left behind, and it is of particular importance that the long-term unemployed and those of the most vulnerable groups – long-term unemployed and inactive – be included in training in professions and in part from professions for which there is a shortage of human resources. Labor market measures must be individual to be effective. Employment programs should be put on a new higher level to meet the needs of the labor market. An important condition for helping these groups of unemployed is to work with employers and to provide them with incentives to recruit these people, including a major role for the social partners.

To guarantee social rights, economic development is needed, it is necessary to promote qualified, high-productivity and intensive work. It is necessary for the social pillar to enter into an entrepreneurial pillar, because the goods are created. They are not due to a ready and effortless one.

We need to work more, and the EC can rely more on the social dialogue, the social partners and bringing the workforce to the digital age. Very good intentions remain only “on paper”, such as the “New Skills for New Jobs” initiative. This is not the approach, we must be pragmatic and we must be clear that from the good qualification, the good safety and health at work, the proper assessment of everyone’s ability to work and the skills and knowledge depends not only on the future of our own enterprise, only the future of undertakings providing services of general interest but also of the whole European economy. Our future will be as we build it ourselves! “

Representatives of employers’ organizations discussed the role of public services and services of general interest in the context of EU Cohesion Policy and identifying mechanisms to increase them. The aim is to provide services that play a key role in reducing regional disparities and supporting economic and sustainable growth in the EU by more suppliers, including more employers. MEPs are working on simplifying the rules of the new EU legislative and financial framework, said Iskra Mihaylova, the Chair of the Regional Development Committee. Following its adoption, which is expected to be in 2019, Member States will now have to report on the progress and results of EU funds absorption every two months, not as it has been until now. 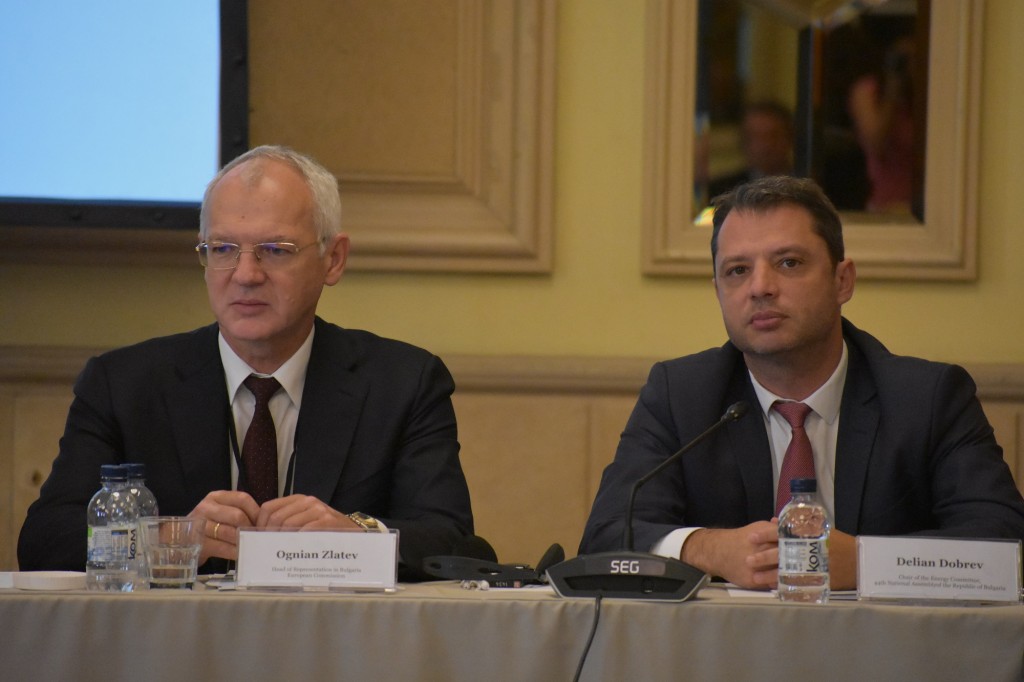 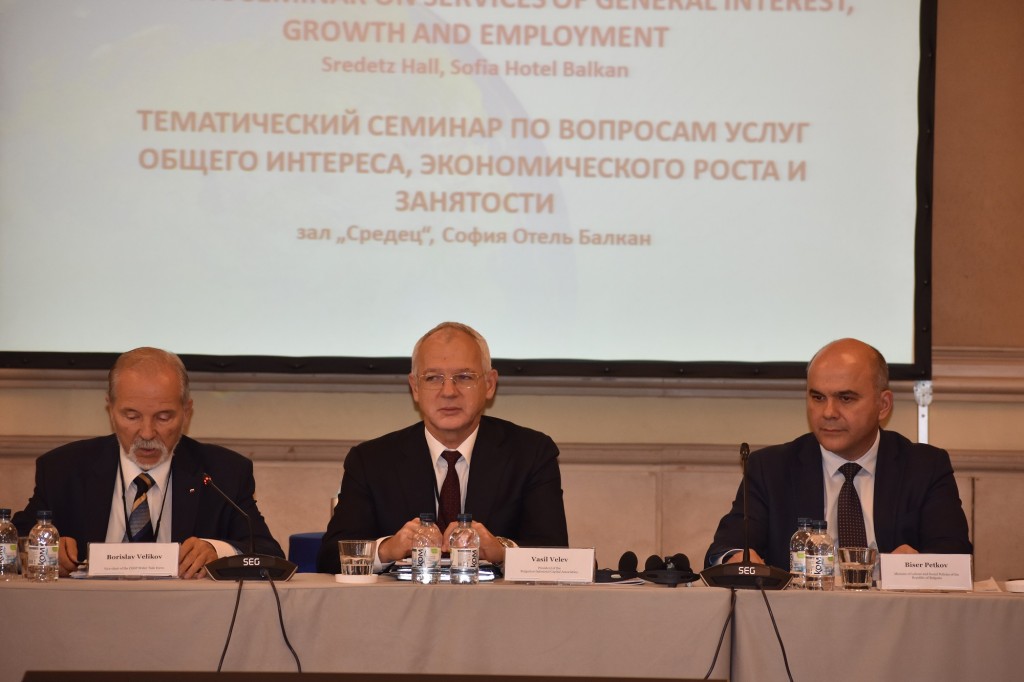 “European leaders have realized that they need to step up their efforts and work more and more together for the development of Europe and the achievement of sustainable economic growth. The changes that have occurred in recent years in the development of services of general interest have shown us that they can be a powerful tool for helping the member states, “added Vladislav Goranov, Minister of Finance.

Participants also looked at the implementation of the Social Rights Pillar across Europe. The main focus was on the huge imbalance between labor supply and demand. In order to overcome the problem, it was pointed out the integration of all persons remaining outside the labor market, and it is of particular importance that the long-term unemployed and those of the most vulnerable groups – long-term unemployed and inactive – be included in training in professions and part from professions for which there is a shortage of human resources. An important condition for helping these groups of unemployed is also working with employers and providing them with incentives to recruit these people. Bisser Petkov, the Minister of Labor and Social Policy, said that services of general interest are the guarantor of equal access to the labor market and respect for the social rights of every person.

During the conference, the proposals on the Clean Energy Package and the Drinking Water Directive were also examined. According to the representatives of the employers’ organizations, the EU must have a common long-term vision of how to develop this sector and at the same time enable the member states to find their place on the European energy map. The Bulgarian energy market can now be compared with the markets in the developed European countries, Delyan Dobrev, the Chairman of Energy Commission said.
Since July this year 70% of electricity is traded on the free market, and this liberalization is a fact thanks to the work of employers’ organizations and the state over the last 3 years, he added. The chairman of BICA Vassil Velev said that work should be done to improve the consistency of European and national energy and climate policies but without losing competitiveness or overpowering energy prices. In his words, Bulgarian businesses and Bulgarian citizens are often victims of the renewable energy community’s privileges, and therefore fully supports CEEP’s desire to treat these players on the energy market as each other and to be placed on a level playing field.

Among the participants in the international meeting were Lilyana Pavlova – the Minister for the Bulgarian Presidency of the EU Council, Vladislav Goranov – the Minister of Finance, Mr. Bisser Petkov – the Minister of Labor and Social Policy, Delyan Dobrev – the Chairman of the Committee on Energy at the National Assembly, Vasil Velev – the Chairperson of the BICA, Valeria Ronciti – SEEP Secretary General, Andrzej Malinovski ICCEU Chairman for 2018, Ognian Zlatev – the Head of EC Representation in Bulgaria, representatives of employers’ organizations , MEPs and others.