The International Coordinating Council of Employers’ Unions (ICCEU) supported Bulgaria’s bid to become a member of the Organization for Economic Co-operation and Development (OECD). This was announced by the ICCEU Chairman Andrzej Malinovski at the General Assembly of the organization hosted by the Association of Industrial Capital in Bulgaria (BICA).

“As always, it is the business that paves the way for our country’s membership in significant international organizations. As you know, at the beginning of this year, the Association of Bulgarian Employers’ Organizations became an associate member of the OECD Advisory Committee on Business and Industry. Our country meets the requirements for membership in one of the most important economic organizations in the world, which signals to foreign investors that the economic situation in Bulgaria is good”, BICA’s Chairman Vasil Velev declared.

During the General Assembly, the next ICCEU chair was also nominated. This is very likely to be the President of the Employers’ Association of Georgia, Elguja Meladze. ICCEU is expected to officially announce its decision at its next meeting, which will take place on 19-21 November this year in Krakow, Poland.

Among other topics discussed by the members of the International Coordinating Council of Employers’ Organizations were priorities of the G-20 Business Council. Those included the development of small and medium-sized enterprises, labour market and education, digital economy, etc. Information was also provided on the National Qualifications Framework of ICCEU, CIS and BRICS.

The official site of the organization was also presented to the participants in the General Assembly.

The Commission for Protection of Competition (CPC) will join the AOBE’s signal to the formal procedure it has already started to conduct a sectoral analysis of the competitive environment on the electricity market. This becomes clear from CPC’s response to the AOBE‘s signal related to wholesale electricity prices on the market.

In its letter, CPC informs that in the framework of the proceedings of the Commission № CPC / 82/2018, a comprehensive and in-depth analysis of the competitive environment on the electricity market, as well as of AOBE statements, will be carried out in order to identify existing or possible anti-competitive agreements or practices. Within the framework of the analysis, CPC will define relevant markets, their characteristics and structure, barriers to exit, market participants, degree of market competition, regulatory framework, etc., and will draw conclusions on the state of the competitive environment.

“The implementation of a new sectoral analysis of the energy market will give CPC a detailed picture of the current market processes and the need for any additional measures by the Commission, under the provisions of the Law on Protecting Competition, to contribute to proper functioning of the market environment”, says the CPC’s letter to AOBE.

It is recalled that AOBE sent its signal to CPC on 25 January 2018. It stated that the promotion of open and fair competition on wholesale electricity markets to the benefit of end-users was the aim of Regulation (EC) No 1227 / 2011 of the European Parliament. CPC confirmed that it will do the checks requested by AOBE regarding:

PwC Starts a Campaign in Support of Bulgarian Students

The initiative “Your 25 Reasons to Choose Bulgaria” will award 25 students with scholarships, internships and mentorship

PwC Bulgaria starts the campaign “Your 25 Reasons to Choose Bulgaria” in support of ambitious Bulgarian students. On the occasion of its 25th anniversary in the country PwC Bulgaria together with leading partner companies will support 25 students with:

The initiative is held under the patronage of the President of the Republic of Bulgaria Rumen Radev and with the support of the Ministry of Education and Science. Bulgarian students, aged 18-24, highly motivated to stay and develop here, could take part in the contest. The applicants should submit an essay on the topic “My 25 Reasons to Choose Bulgaria” until 10 February 2018. A jury of business leaders and experts will select the winners.

For more information on “Your 25 Reasons to Choose Bulgaria”, please visit the official website and the PwC Bulgaria Facebook and LinkedIn profiles.

Looking for Ways to Increase the Effectiveness of EU SME Policies, in Partnership with the European Economic and Social Committee

Small and medium-sized enterprises (SMEs) produce about 70% of the country’s GDP and work for 75% of the employed, said the chairman of BICA Vasil Velev. He noted that the potential of small businesses to secure growth and employment is severely hampered by severe administrative and bureaucratic procedures and shortage of human resources and welcomes the fact that one of the priorities of the Bulgarian Presidency of the Council of the EU is to provide better conditions for SMEs.

The Deputy Prime Minister of the Republic of Bulgaria, Mr. Valeri Simeonov reminded that the government supported the small and medium business with the amendments to the Labor Migration Act in the first month of its work. This measure has allowed the import of 4,000 people from other country, which has secured the most successful summer tourist season in years. With the forthcoming changes in the Law on the Ministry of Interior, the Blue Card regime will be facilitated, as well as the access to the labor market in the country of highly qualified personnel. The government is also working on amendments to the Bulgarian Citizenship Act, which will also contribute to providing workforce for business in Bulgaria. A program to reduce the administrative burden for business and citizens is successfully implemented.

The EESC’s main proposals, co-ordinated with BICA and presented during the discussion, are related to: changing the definition of SMEs on the basis of which companies receive access to EU funding, cheaper loans and a range of administrative reliefs; introducing a legal obligation – both in the EU and in Bulgaria – to respect the principles of “think small first” and “just one more time” as well as to test the suitability of all legislative changes to the needs of SMEs. The EESC and BICA insist that the European Commission should enable SMEs to choose which of the two requirements – number of employees, turnover or balance figure – to meet instead of imposing the “number of the staff employed “as a leader. They also call for simplification of State aid rules, reassessment and change of connectivity constraints, updating thresholds for micro, small and medium enterprises as they have not changed over the last 20 years.

The views of the EESC and the BICА were also supported by former EESC President Dimitris Dimitriadis, who pointed out that EU SMEs account for almost 23 million and provide jobs to 67% of Union employees.

“For the period from 2007-2013 , ERDF helped to SMEs with approximately EUR 47.5 billion. The comparison between the number of beneficiaries – 246,000 SMEs and the total number of businesses – 18.5 million at that point clearly indicates that the EU has failed to support this very important category of enterprises, “he said. The expert commented that more EU funds for SMEs are benefiting by the North countries in EU not the South.

This was the case for Mrs. Denitsa Berkhoff, Head of the Risk Management Group of the European Investment Fund, to clarify that with its own EUR 930 million, the financial institution has attracted an additional EUR 2.4 billion to support SMEs. Over past 5 years, about 15,000 SMEs from Bulgaria have benefited from such funding.

This was the case for Mrs. Denitsa Berkhoff, Head of the Risk Management Group of the European Investment Fund, to clarify that with its own EUR 930 million, the financial institution has attracted an additional EUR 2.4 billion to support SMEs. Over the past 5 years, some 15,000 SMEs from Bulgaria have benefited from such funding.

For a more ambitious Small Business Act in Europe (SBA), the National Association of Small and Medium Business, a member of BICA, announced. According to the chairman of the association Mrs. Negulova, SMEs in Bulgaria need this SBA to be implemented with a legally binding document, to adopt a precise “road map” with deadlines, funds and funding, along with measures to follow up and assess progress on its application.

The specific recommendations of the forum are also related to the need to minimize administrative burdens and put an end to the practice of Member States imposing additional regulations and burdens when transposing European legislation at national level. The important role of employers’ organizations was emphasized for a structured presentation of possible measures and solutions to stimulate SMEs and develop entrepreneurship.

Another very serious difficulty experienced by SMEs – as opposed to large enterprises – is access to new markets. SMEs have a number of difficulties in engaging with larger businesses as part of their value chain, engaging in competitive clusters, accessing support mechanisms and tools, recruiting and retaining staff. EU policies for SMEs should devote more effort to informing SMEs – and in particular – the most vulnerable sub-groups, such as sole proprietors and micro-enterprises, traditional low-potential enterprises, businesses from remote regions, etc. – for available support. The main support networks should be maintained and promoted as well as made easier and more accessible to SMEs. 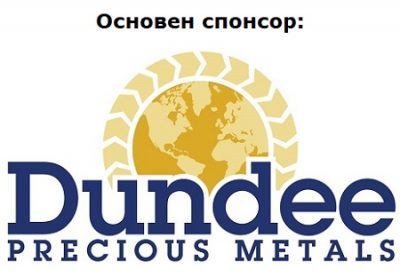